Now that I truly have some downtime and some inspiration to start catching the outside world upon the subject that is my life... I shall tell you about the concerts I've been to. Because, you know, it's college... and I'm here to have fun, not to study!

Yeah, yeah I know... anyways, the first one was Pentatonix at B. B. Kings in New York City. When I found out that I was really able to go, that was all I talked about for weeks. The reality of it hit me when  my aunt sent me a picture of the very pretty ticket....

When September 12th finally came around, I bolted out of class at 2:50 to then look at my phone, and see that my aunt was running about a half hour late.

No bother, we got on the road and traffic was pretty good....

Until the devil was spoken about, and we went to get into the city via the Lincoln Tunnel. When I thought we were maybe 15 minutes away, well... It took us a better part of an hour to get through it all. So there I am, sitting in the passenger seat, arms wrapped around my knees saying, "it'll be okay... it'll be okay.... everything happens for a reason... everything happens for a reason...." 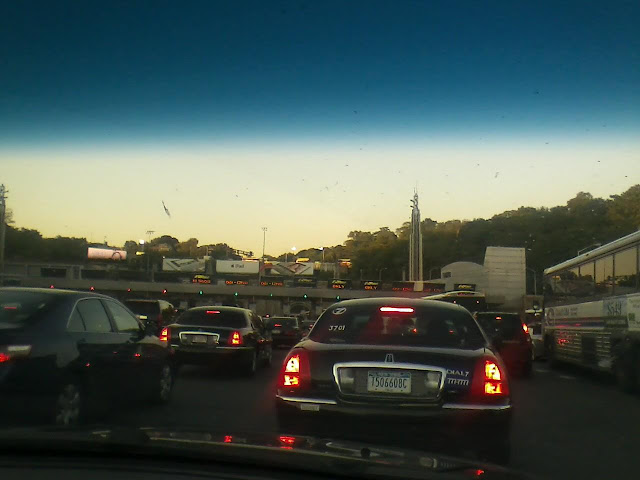 As soon as we got through the tunnel, we were basically right there! It was extremely difficult to not speed walk my butt straight to B.B. Kings... 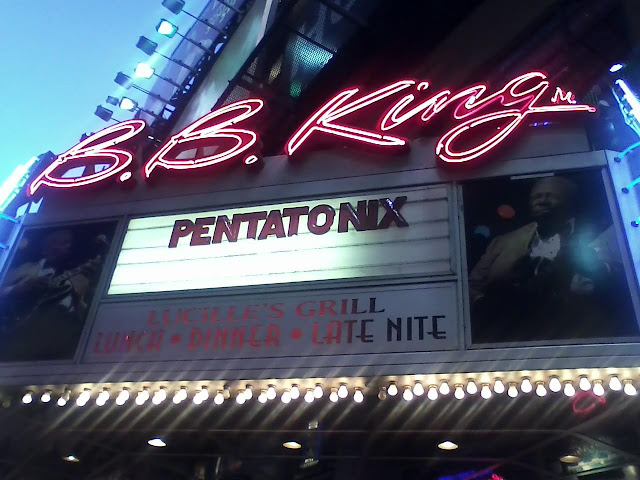 I was kind of confused when I saw that there was a line outside, but after taking the above picture my aunt was right there and I felt like a VIP when I walked down into the club. (Later I learned that the line was for all the hopefuls wishing that an extra ticket would show up just for them.) Our seat was against the left wall, and although my phone's camera is really quite terrible in the lighting, this is what our view looked like: 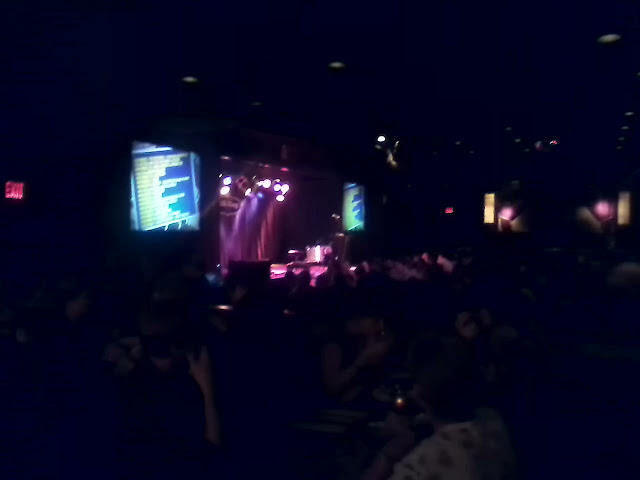 And this was the view of the crowd from the stage (Mitch took the picture.) 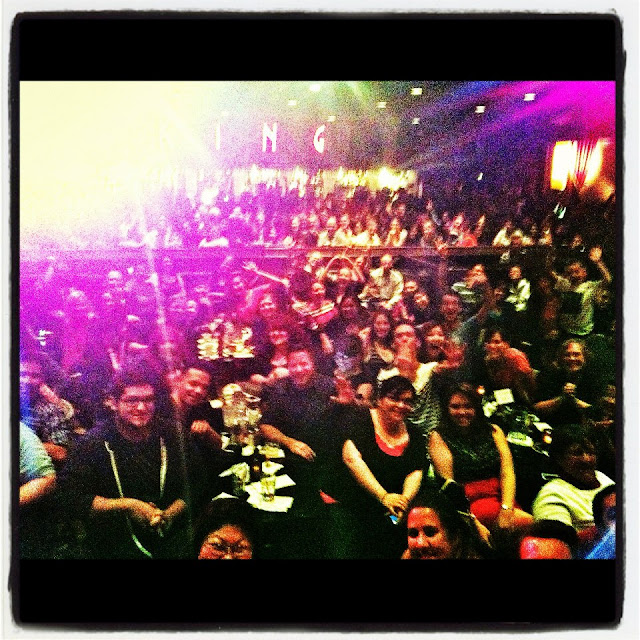 So in short, the concert was AMAZING. I can't even begin to describe how wonderful it was.... I never thought that I would be one of the crazy fan girls who cried when in the presence of fame but hey... I wasn't running on much sleep, it had been an extremely stressful time waiting to get there... and I had been a fan from the very moment they stepped on stage during The Sing Off. So yes, I teared up a little...

But the food... the food and the opening act was really good too! (I group them together because when she arrived on stage, so did my order of Mac and Cheese.) Julia Easterlin performed a few of her songs, and I linked her name because it's definitely worth checking out!

The concert lasted about two hours I think... maybe it was three.... It was about a month ago, but all I can tell you was that I left the city at about midnight. I left the city at about midnight a very happy girl because everything does happen for a reason. Because my aunt was running late, because we were stuck in traffic for an hour, because we ended up getting seated on the left side of the venue, when it was announced that Kevin, Mitch, Scott, Kristi and Avi would be coming out for a meet and greet, in the confusion I got bumped to the back of the line instead of being almost first.... For the booth they were going to be meeting people in was a few down from where I had been sitting all night. Anyways... because I was kicked to the back of the line, I got the autograph of the opening act on my ticket. If I wasn't there, I probably wouldn't have had the opportunity to talk with her for a few minutes, nor would I have realized that there were T-Shirts being sold. Because I bought a T-Shirt, I had something for each member of Pentatonix to sign and then Kristi signed what was my aunt's ticked as Pentatonix (my aunt didn't want to keep it, so I figured why not!) It took a little bit *ahem* at least an hour to work my way back down into the club from the top of the steps... here are a few shots of what the line looked like. 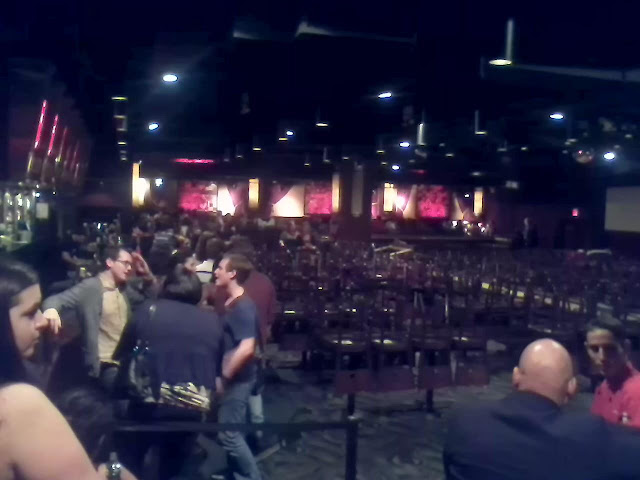 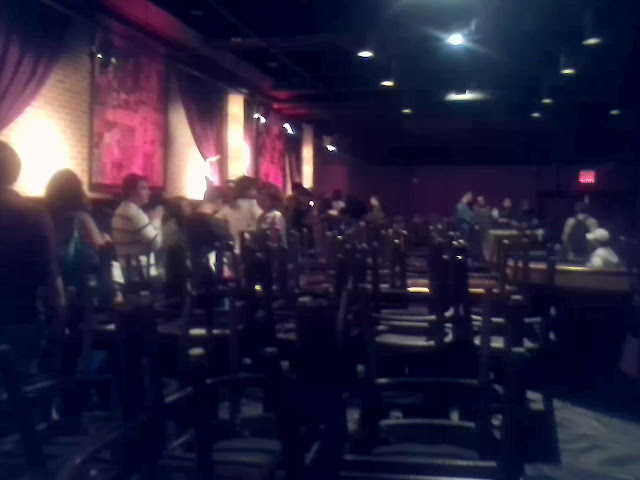 But in the end it was worth it.... it was really really worth it. I got a bear hug from Kevin from the start, for having waited so long (EVERYTHING HAPPENS FOR A REASON!) and then I got hugs from everyone else, along with signatures and a fabulous picture. They were all so kind, so humble and generous to give their time to every fan that wanted to meet with them. And their smiles, well, I know what it's like to give a fake smile so either they're pro or it's truly genuine. (I'd prefer to go with the latter.) 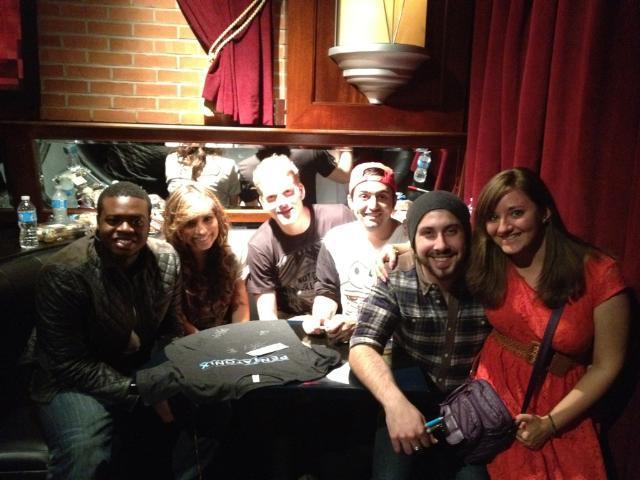 Needless to say, one of the best nights of my life.

Now to transition from dressed up, cool and down-to-earth club classy... to something that's uh, quite the opposite. DayGlow.

Actually, now it's known as Life In Color, The End Tour. I'm not sure how to narrate what went on.... There was loud music, A LOT of people dancing (dancing with each other really), and paint. Lots and lots of paint. This story is better shown instead of told, so here are some pictures from before.... 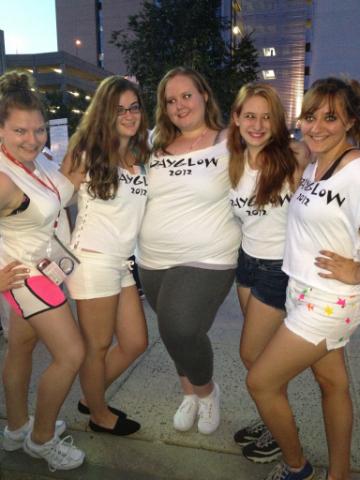 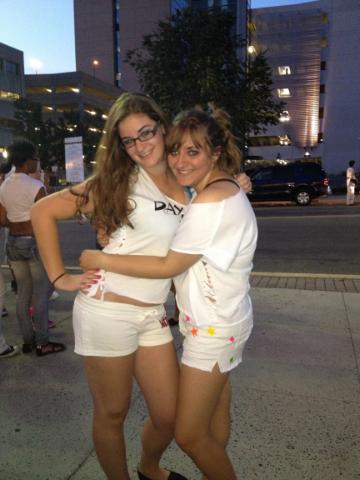 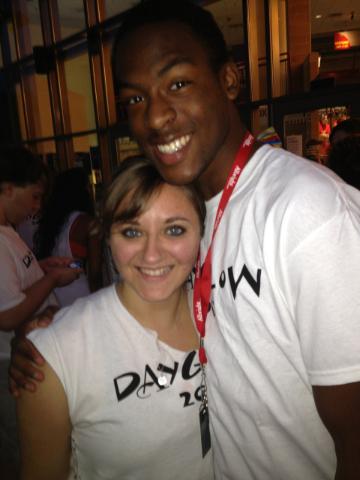 And then these were taken by the photographers there.... I'm lost in the crowd in a lot of them but it will give you a good picture of the craziness that was my night. 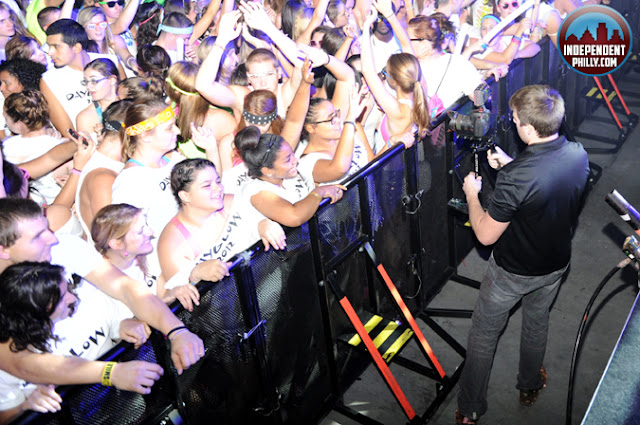 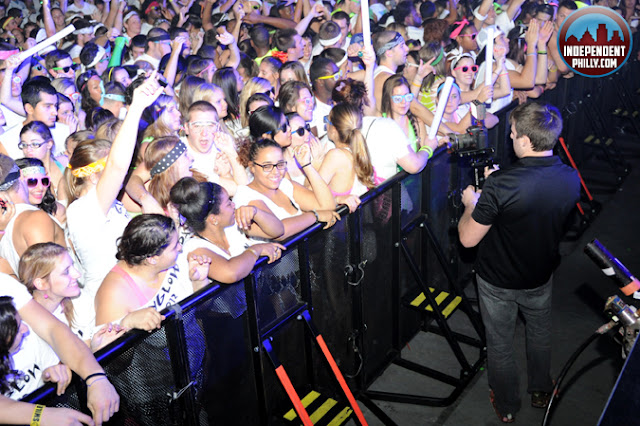 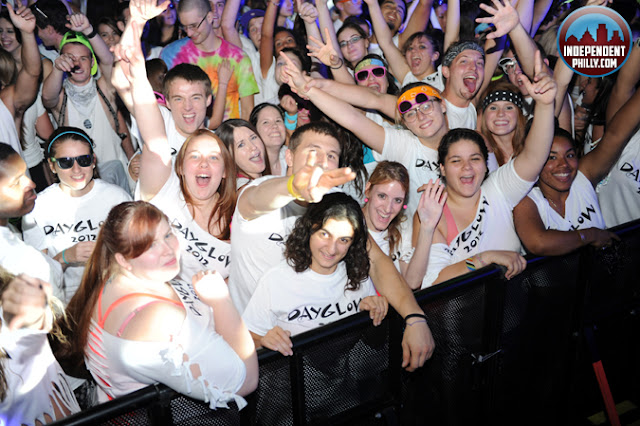 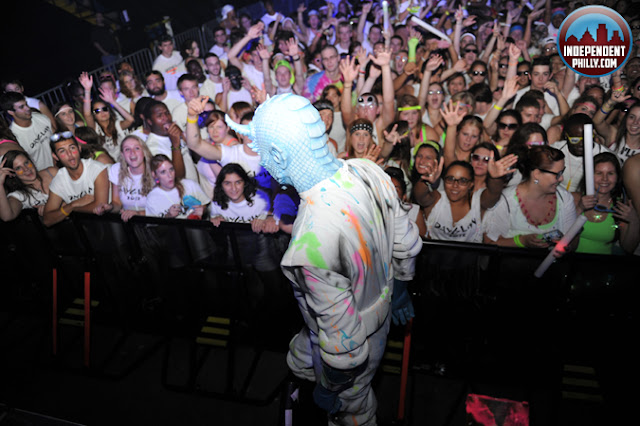 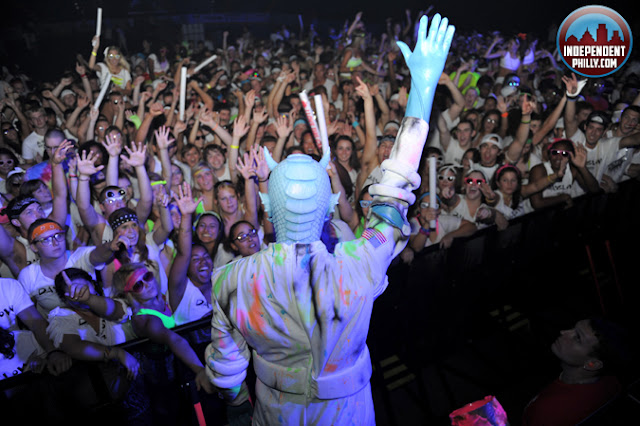 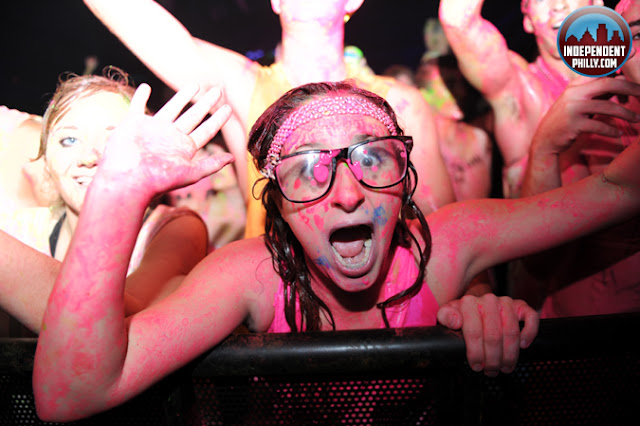 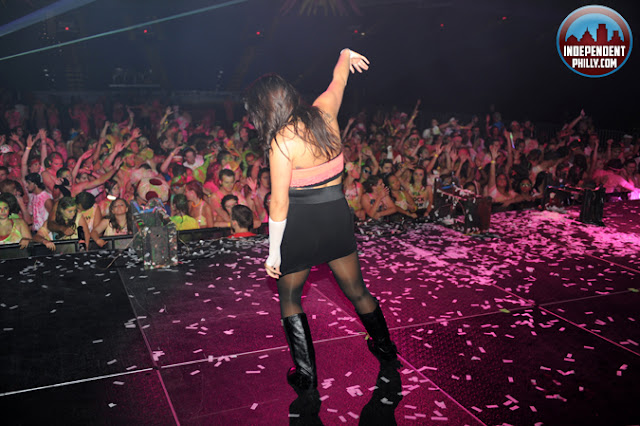 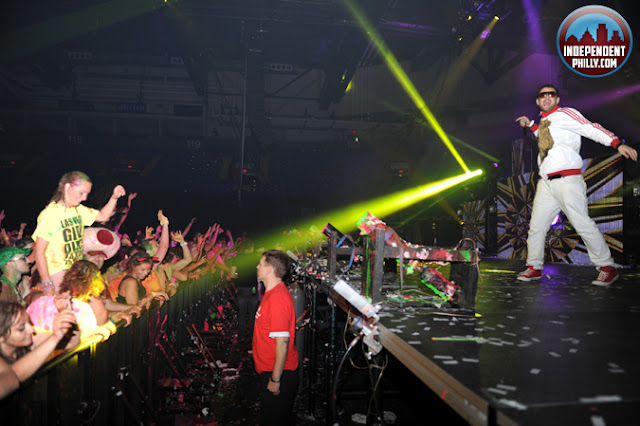 And to finish, no picture montage would be complete without after shots. (Not of the alcoholic sort though....) 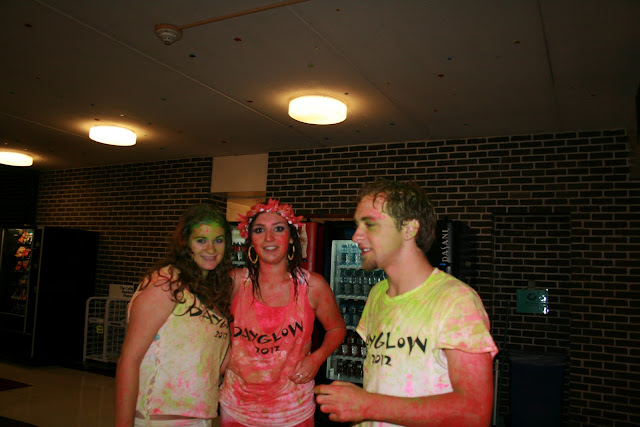 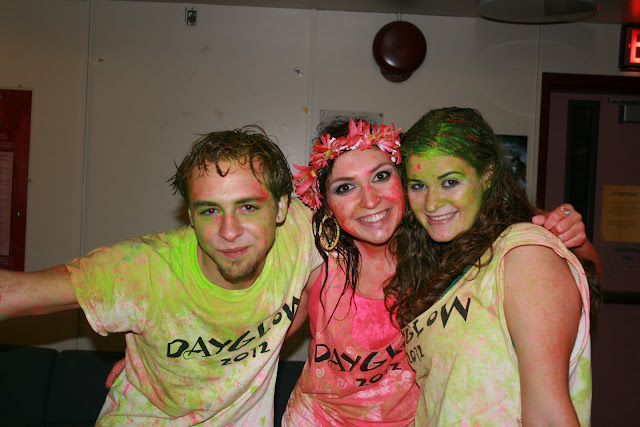 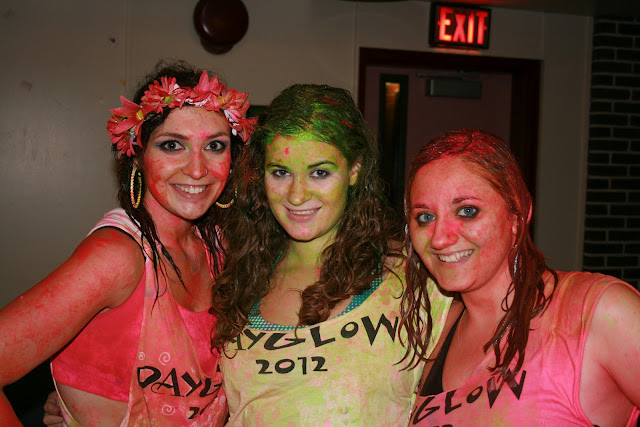 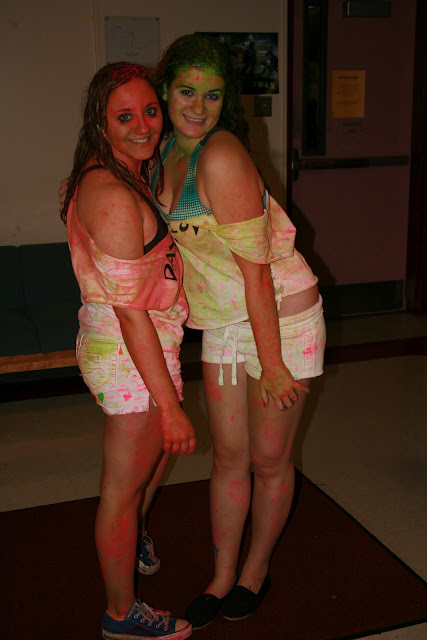 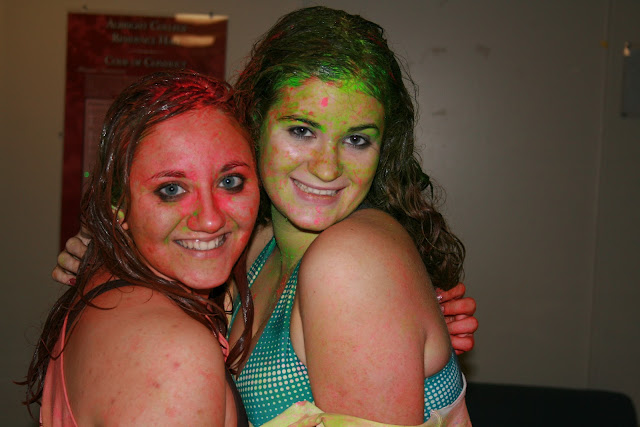 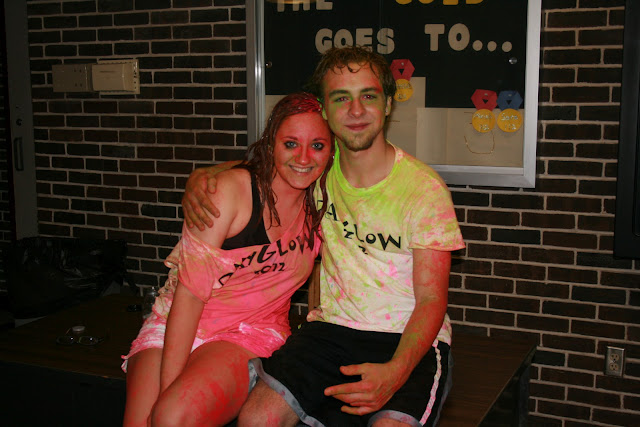 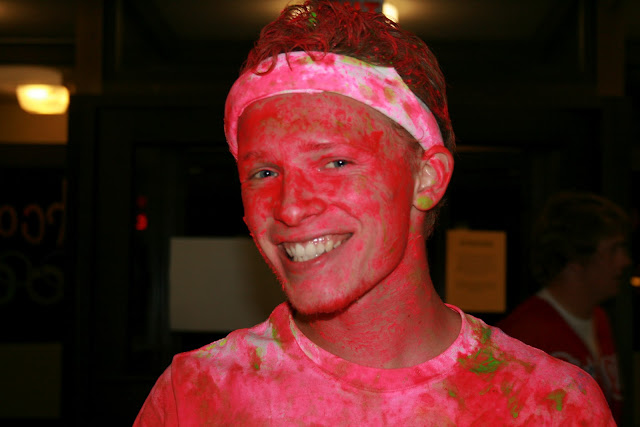 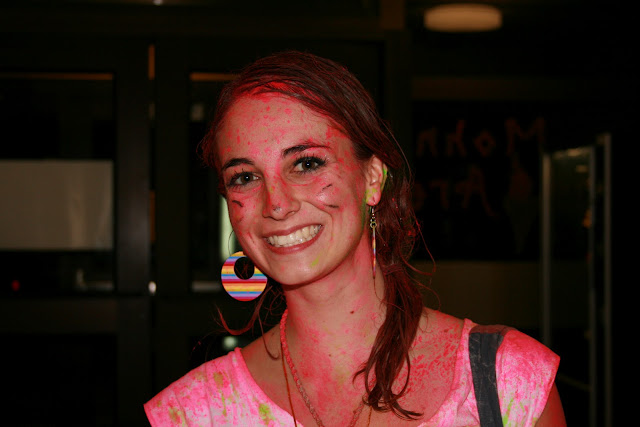 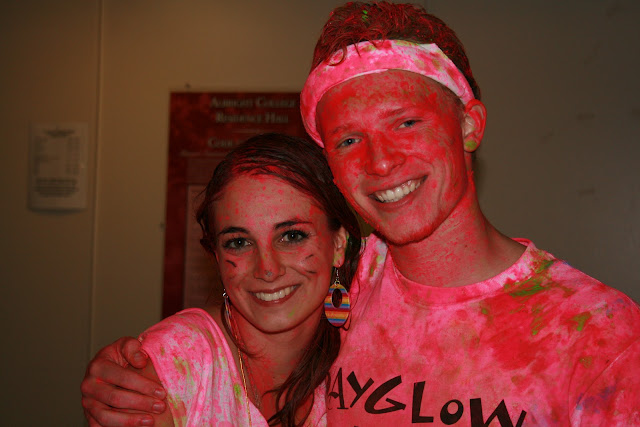 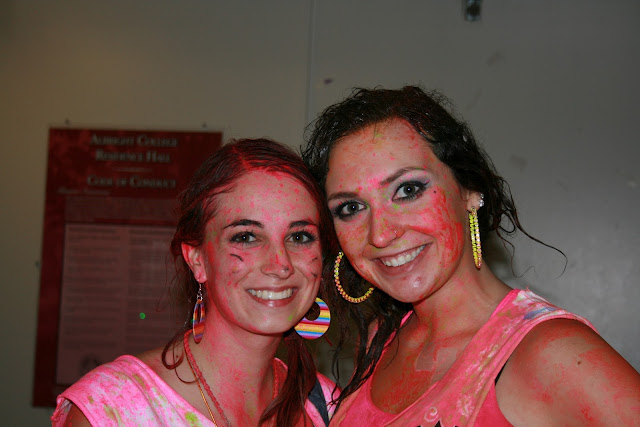 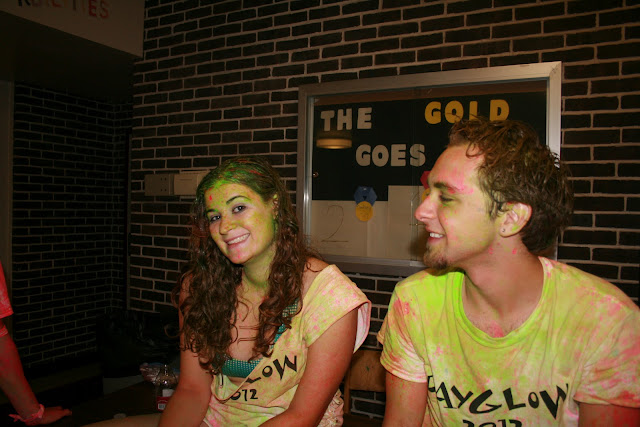 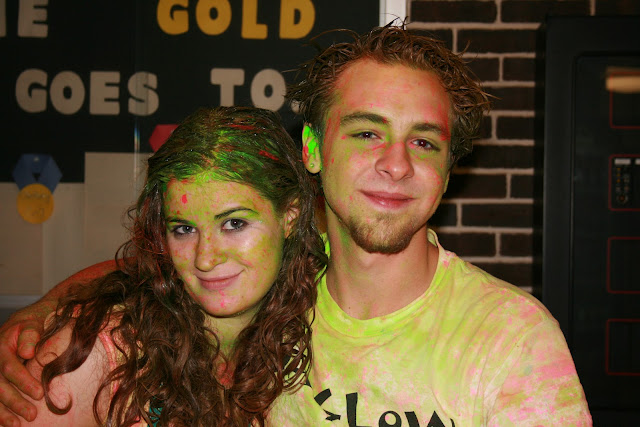 Email ThisBlogThis!Share to TwitterShare to FacebookShare to Pinterest
Labels: college, connection, Diary of Me, photograph